The IMI-1000 from Integrated Automotive UK is a retrofit CarPlay and Android Auto Kit that adds Carplay and Android Auto to the factory fitted Porsche PCM3.1 audio system, found in Porsche models manufactured between 2010-2018. Our kit gives an “OEM” feel and appearance as it retains the existing Porsche display screen mounted on your dash and connects to the rear of the original head unit, this kit enables you to control CarPlay/Android Auto with the existing touch display, rotary controller and steering wheel controls or touch screen, if fitted.

Also compatible with the Following Vehicles Equipped with PCM3.1 vehicles

1. Only compatible with PCM3.1 systems with NAVI button

*Note : The PCM3.1 kit requires fitment of a PCB into the PCM itself.

Vehicle must have PCM 3.1 fitted, with NAVI button.

The IMI-1000 works by communicating with your existing entertainment system as well as your in-car entertainment system (Including the OEM Steering wheel controls, rotary controls, touchscreen(if fitted), vehicle speaker system and the Central Information Display). It operates in either by-pass mode or in “active mode”. In by-pass mode the IMI-1000 does not affect the normal operation of the in-car entertainment system, the standard Porsche PCM3.1 user interfaces. Active mode is initiated when you connect your mobile phone to the car via the wireless Bluetooth connection or USB cable. After connection, the IMI-1000 activates CarPlay or Android Auto (dependent upon the operating system of your phone). The Central Information Display (CID) will then show the CarPlay or Android Auto user interface and unleash the power of CarPlay. 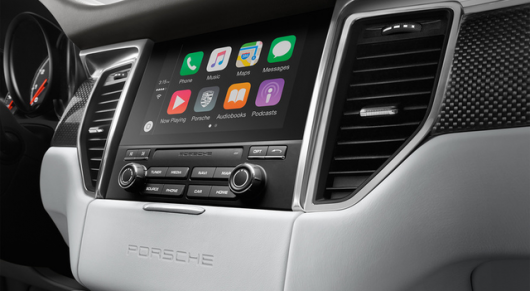 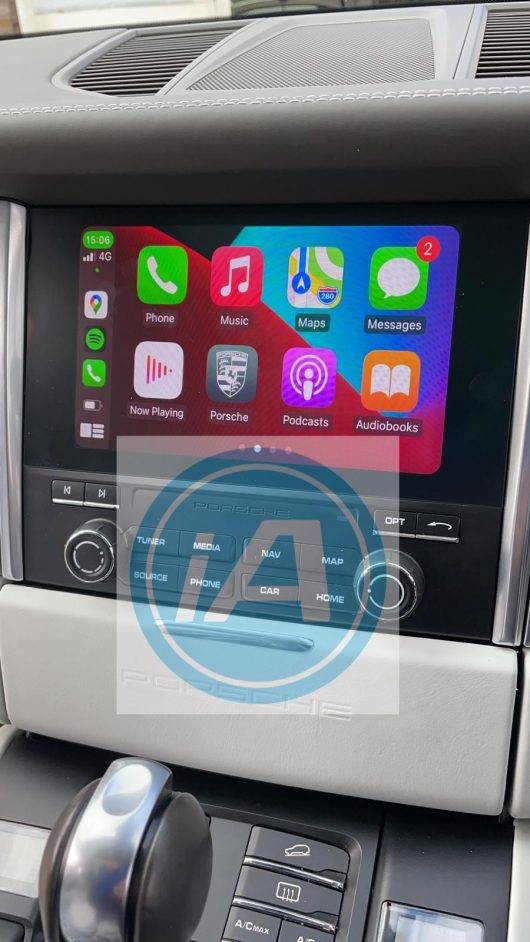