The IMI-1000 from Integrated Automotive UK is a retrofit CarPlay and Android Auto Kit that adds Carplay and Android Auto functionality to a standard vehicle. The kit gives an “OEM” feel and appearance as it retains the existing Mercedes display on your dash, as well as the Mercedes controls (rotary contoller and steering wheel controls) 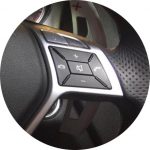 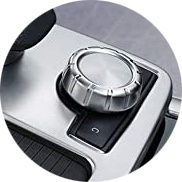 The IMI-1000 provides full integration with the Mercedes rotary controller and associated buttons, giving you full control of CarPlay and Android Auto

Compatible with vehicles manufactured 2009-2014 with the NTG3.5 and NTG4.0 COMAND System

The easiest way to determine if you have an NTG3.5 or NTG4.0 system is to look at the back of the head unit, NTG3.5 and NTG4.0 systems have a rectangular LVDS display connector as shown in the image below;

The IMI-1000 is a retrofit CarPlay and Android Auto upgrade kit.

It will add wireless connectivity to all Mercedes  Vehicles equipped with a central display manufactured 2007-2014 running NTG4.0

The IMI-1000 works by communicating with your existing entertainment system as well as your in-car entertainment system (Including the OEM Steering wheel controls, rotary controls, touchscreen(if fitted), vehicle speaker system and the Central Information Display). It operates in either by-pass mode or in “active mode”. In by-pass mode the IMI-1000 does not affect the normal operation of the in-car entertainment system, the standard Mercedes COMAND NTG3.5 and NTG4.0 user interface and the standard Mercedes COMAND navigation system will be shown on the CID when in by-pass mode. Active mode is initiated when you connect your mobile phone to the car via the wireless Bluetooth connection or USB cable. After connection, the IMI-1000 activates CarPlay or Android Auto (dependent upon the operating system of your phone, iOS or Android). The Central Information Display (CID) will then show the CarPlay or Android Auto user interface and unleash the power of CarPlay/Android Auto! 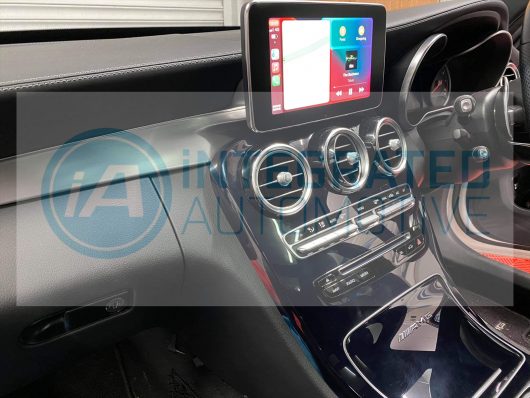 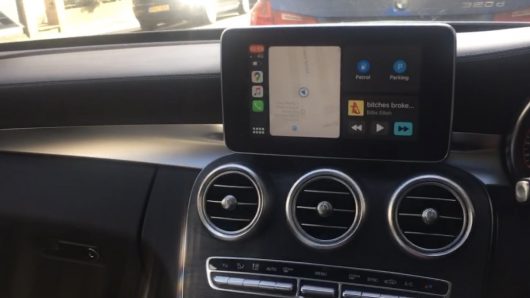 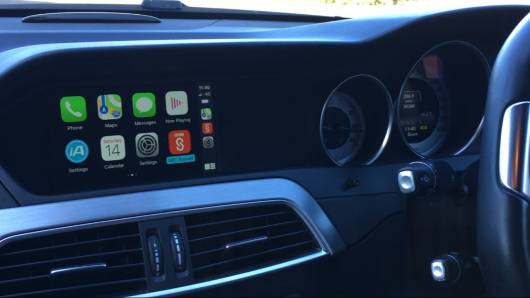 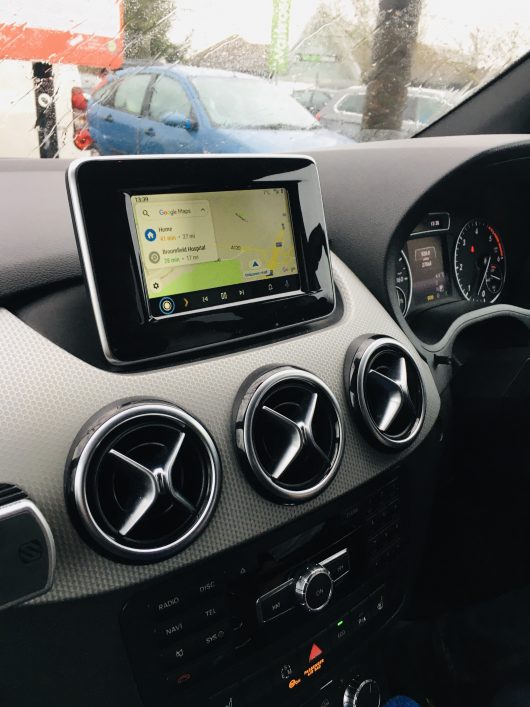 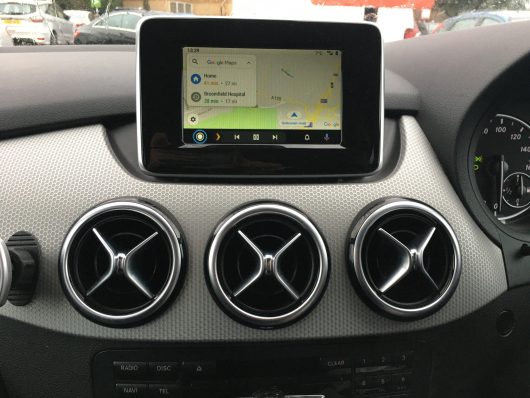